How to Make Squeal Soup

Email ThisBlogThis!Share to TwitterShare to FacebookShare to Pinterest
As any hog farmer will tell you, when you raise and butcher hogs, you use everything but the squeal.

What they won't tell you is that the squeal is the special ingredient used in an old-fashioned slow-cooked soup recipe that's a closely guarded secret among hog-farming families. The stuff of rural folklore and rustic legends, Squeal Soup is served only in farmhouses and in out-of-the-way mom-&-pop country diners in pig-farming communities, where it's served only to locals who know what to ask for because you won't find Squeal Soup on the menu.

For years I had heard whispered rumors of "squeal soup" when stopping at back-road barbecue joints throughout North Carolina, but I had yet to find anyone willing to confirm its existence, much less divulge the secret recipe or explain how one harvests a squeal.

Having recently moved out to rural Warren County, NC, I made it my mission to uncover the recipe for Squeal Soup, and to obtain a squeal to make it.

Obtaining the squeal proved to be the biggest challenge. You can't just saunter into a butcher shop or Piggly Wiggly grocery store and ask for some squeal. That will immediately give you away as an interloper from the city, or worse yet, a food blogger.

No, you need access to a live pig if you want to make genuine Squeal Soup. 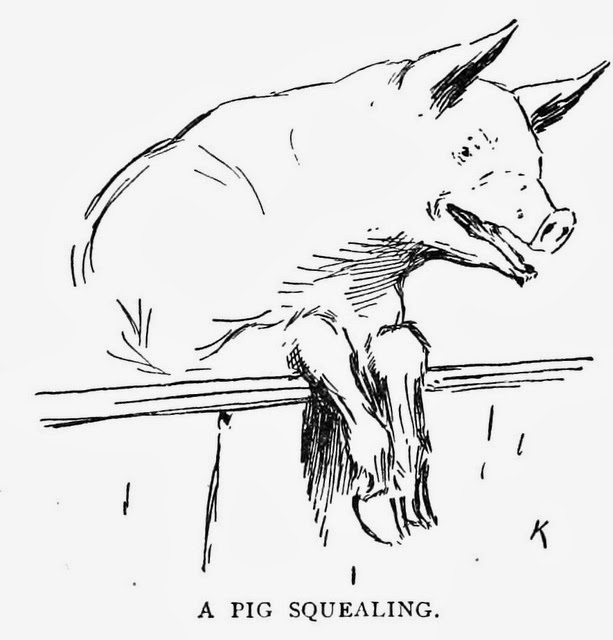 According to local lore, a squeal must be harvested before butchering the hog, while it is still fat and happy and oblivious to its future fate. Dead pigs don't squeal.

To harvest a squeal, you need a curious, usually homemade, contraption that slides effortlessly, safely, comfortably and snugly over the pig's snout, and you need to be able to slip it on and off the pig quickly at exactly the right time:  On just before the pig squeals, and off -- tightly shut to trap the squeal --  before the hog realizes what's happened.

An experienced hog farmer can harvest a squeal in a matter of seconds, but that's after years of practice and sometimes the loss of a finger or three. Not having years of practice nor any extra fingers to spare, I opted to find a willing hog farmer and something to offer the friendly farmer in exchange for a fresh squeal (the selling of squeals to outsiders is seriously frowned upon among hog farmers, but it's sometimes possible to barter for a squeal).

Luckily, I was able to find such a farmer at the Piggly Wiggly one morning, when I overheard a mud-splattered, bedraggled and apparently henpecked fellow lamenting to a stockboy that his wife was demanding a bottle of something called "EVOO" after watching hours of cooking shows on the Food Network soon after they signed up for Dish TV. The stockboy had never heard of "EVOO" either, and both were at a loss when I walked up with a plan.

"I can give you a big bottle of EVOO for your wife, and you don't have to give me any money for it," I announced, immediately getting the farmer's undivided attention as the relieved stockboy slipped away to resume stacking cans of shad roe and hominy on Aisle 3.

The farmer eyed me suspiciously and asked, "What do you want for the EVOO?"

"The recipe for Squeal Soup," I replied, and before the farmer could object I added, "AND a freshly harvested squeal."

The farmer stood motionless and silent, mulling over my offer and weighing his options: Whether to risk the wrath of his newly-enlightened foodie wife or the ostracism of fellow farmers should they learn that he had disclosed their secret recipe AND supplied a squeal to an outsider.

Sensing weakness, I took a gamble and turned to leave when I felt a firm hand on my shoulder. He had made his choice, and chosen the lesser of two angers.

"Meet me in the parking lot here right after the store closes and bring your EVOO, and I'll have what you want," he whispered harshly and scurried out the door.

Having only a half-empty bottle of extra virgin olive oil back at the RV-Q and just enough time for the round-trip to Durham, I jumped in my car and raced straight down I-85 to the first supermarket I found in northern Durham, and purchased their largest bottle of EVOO.

I rushed back to the Littleton Piggly Wiggly, arriving just as the manager was locking the doors. A dusty pickup truck rattled into the parking lot. The farmer stepped out and looked furtively in all directions before reaching back into his truck and handing me an oddly-shaped, ominously shaking wooden container and a rumpled piece of paper. He thrust those at me and gruffly demanded, "Where's my wife's EVOO?"

I handed him the bottle, which he cradled in his arms as if carrying a treasure as he hurried back to his truck. I stared down with trepidation at the vibrating contraption in my hands and carefully placed it, along with the scrap of paper, in the passenger's seat of my car.

Back at the RV, I uncrumpled the paper and found the following crock pot recipe for Squeal Soup scribbled out in a shaky hand: 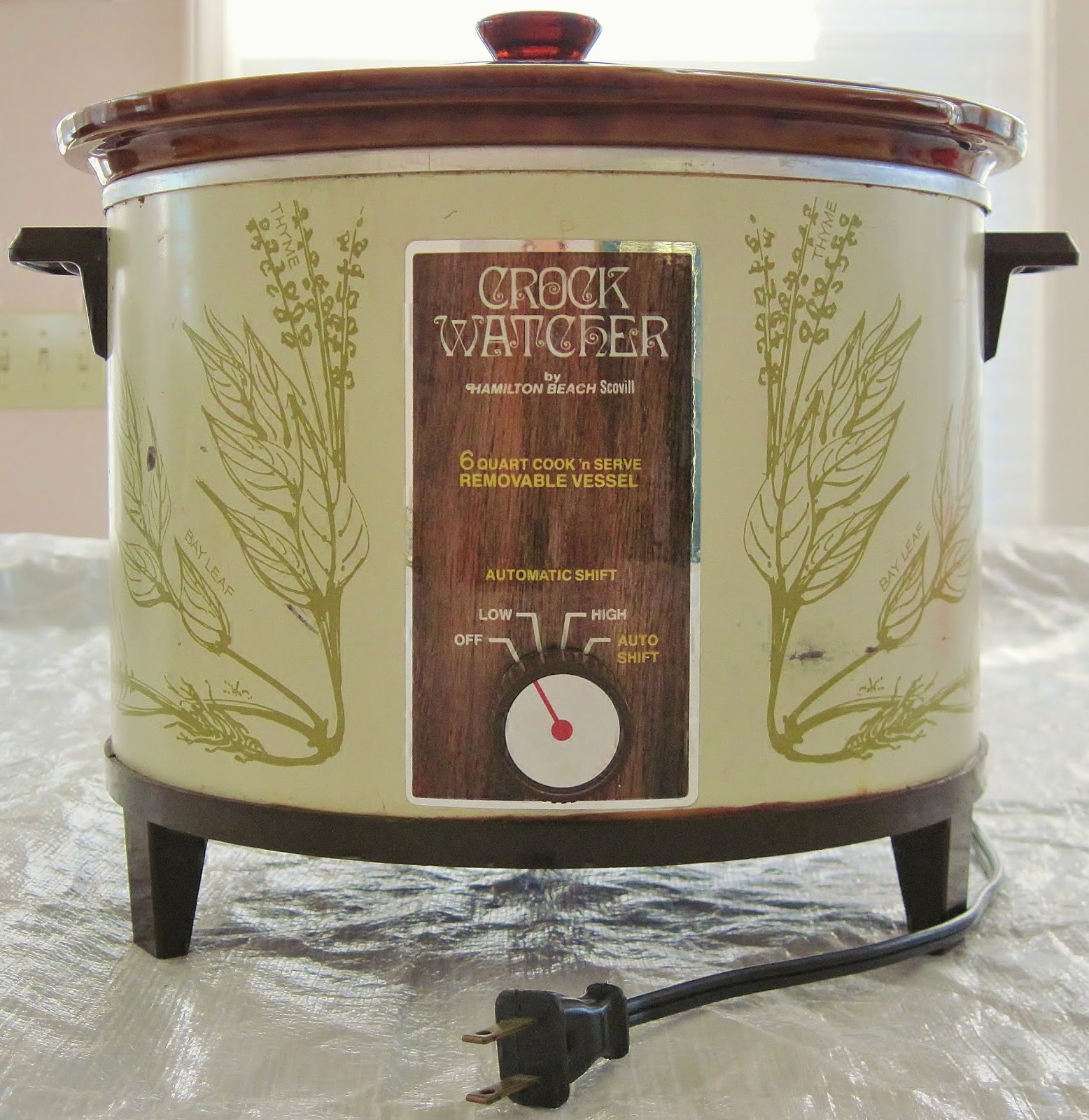 Dump everything in your crock pot and cook on High for half a day (start at lunchtime), or on Low all day long (start at breakfast time).

Note: You can make this soup without the squeal, but then it's just a smoky ham soup and not the elusive, legendary Squeal Soup.

My next quest: Capturing a snipe for the Roast Snipe recipe I've been hearing about.