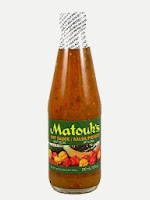 Hot & spicy sauces ruled the day in October, and we had several old favorites return to the best-sellers list. But we also had a newcomer among the top ten products at the Carolina Sauce Company. Here's the entire list of last month's best-selling sauces, complete with brief descriptions and quick links to their product pages on our online store:

2. Jamaica Hell Fire 2 in 1 Red Hot Sauce: Also returning to the top ten after a brief absence is this spicy Jamaican pepper sauce created by a doctor who used his own secret blend of hot peppers with natural island spices to delight the palate and tickle the tongue. It's an excellent all-purpose hot sauce that's moderately spicy and works well in the kitchen and at the table. 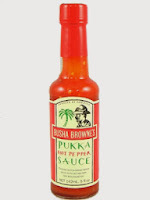 3. Busha Browne's Pukka Hot Sauce: A perennial favorite with a loyal fan base, Pukka Sauce gets its unique name and flavor from Colonial Jamaica (it's not a jerk sauce). It will complement virtually any savory dish any time of the day -- it's a natural with eggs, hash browns and breakfast casseroles -- and will spice things up without altering or overpowering your food's overall flavor.

4. Wells Hog Heaven BBQ Sauce: Speaking of loyal fans, few are more passionate than devotees of this eastern NC vinegar BBQ sauce. Wells is the real deal -- no tomatoes or thickeners -- and just begs to be splashed on smoked pulled pork. But it also works as a marinade for chicken or an alternative to pepper vinegar with collards or other greens. This is a genuine, old-fashioned North Carolina barbecue sauce from the eastern part of the state where vinegar BBQ sauce is king.

5. Matouk's Calypso Sauce: Slightly spicier and more savory than the sweet & sassy West Indian sauce from Matouk's, Calypso sauce is a fabulously rich and solidly hot scotch bonnet pepper sauce with a tangy mustard base. Big and bold enough to stand up to ribs, roasts and other hearty meats, it's not so strong as to overwhelm chicken or seafood dishes. If you like tropical island heat and flavor, this is the hot sauce for you. 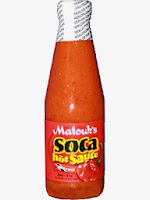 6. Matouk's Soca Hot Sauce: As far as I can remember, this is the best showing ever by Matouk's Soca, an authentically fiery mustard & hot pepper sauce from Trinidad & Tobago that used to be available only in the islands. Comparable to Matouk's Salsa Picante but with a bigger peppery punch, it's not quite as hot as Matouk's Flambeau (which is their hottest) but it's seriously hot enough to satisfy most experienced chileheads.

7. JohnBoy & Billy's Hot & Spicy Grillin' Sauce: Back on the best-sellers list, this mustard-tomato BBQ and grilling sauce from North Carolina has just the right amount of vinegar tang and peppery heat to satisfy barbecue lovers who like things hot. It's wonderful slathered on ribs, basted on chicken, as a dipping sauce at the table, or as a marinade for meats and poultry.

8. Matouk's Salsa Picante Hot Pepper Sauce: Similar to Matouk's Soca but just a tad less intense, this savory scotch bonnet hot sauce is thick and rich, with some of the best flavor and texture you'll find in a hot sauce from the West Indies. When you're looking for a straightforward mustard-scotch bonnet hot sauce that's savory not sweet and delivers truly fiery yet manageable heat, choose this hot sauce. 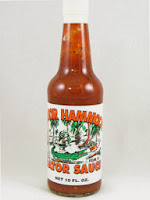 9. Gator Hammock Hot Gator Sauce: Making its debut on our best-sellers list, this Florida hot sauce is fantastic on everything from alligator to more traditional fare from breakfast eggs to lunchtime sandwiches and dinnertime pizza, pasta, burgers, stews, stir-frys, casseroles, roasts and everything else except dessert. Cayennes, habaneros, jalapenos and scotch bonnets give Gator Sauce its multilayered burn and full peppery flavor. Use it to make a homemade hot wings sauce, or add it to chili and other recipes calling for a solid hot sauce. And we have Gator Sauce in large 10oz bottles!

10. Jim's Own BBQ Sauce & Rubs (various): From western NC tomato-vinegar barbecue sauce to rich smoky or tangy mustard sauces, plus several traditional and unusual BBQ dry rubs, Jim's Own is a North Carolina favorite and regular top-ten finisher. They're also giving away a free package of their delectable Smokey dry rub with every online order of over $25 (excluding shipping & tax), so now's the time to try what the best-dressed pigs are wearing!