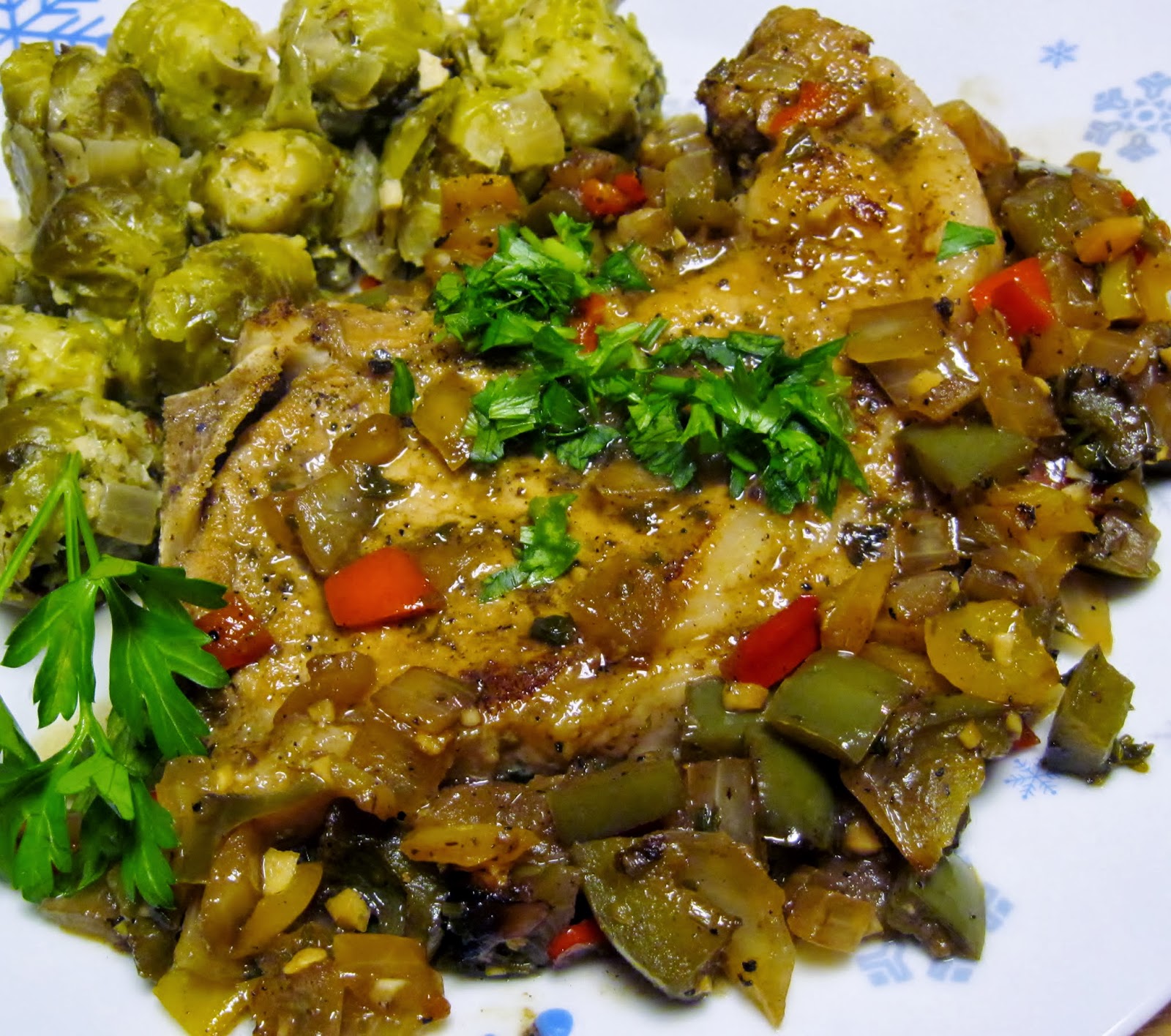 Many Caribbean and Latin American countries have their own version of mojo, a zesty marinade and sauce usually featuring garlic, oil and citrus or other acid. Some countries call the sauce mojito -- not to be confused with the rum and mint cocktail from Cuba by the same name -- and in Cuba it is often called mojo de ajo (the Spanish word for garlic is ajo) or mojo criollo (creole style mojo). Mojo is used as a marinade and table sauce for fish and other seafood as well as pork and other meats. It also is served over vegetables such as boiled yuca (cassava) and as a dipping sauce for savory fried green plantains (tostones or platanos).

Cooks often add their own personal touch to their mojo while preserving the traditional recipe's overall character -- for example, my Mom never used cilantro in her mojo, sticking with an all-parsley version, and she would use lots of coarsely-chopped garlic, simmering it in oil until it developed just the lightest hint of golden color for a more mellow, almost-roasted flavor. When I was growing up, my Mom would often serve steamed broccoli or cauliflower generously drizzled with her special mojo de ajo, and neither my sister nor I would have any hesitation about eating our vegetables dressed with this flavorful, savory sauce.

The following recipe uses Cuban mojo as a marinade for pan-seared, oven-roasted pork chops. You'll have enough mojo sauce for 4 pork chops. If cooking fewer chops, refrigerate any unused mojo to use with other foods -- it keeps for days in the refrigerator, and even tastes good as a bread dip!

*I trim & discard the bottom of the stems but chop the rest of the stems along with the leaves, making sure the stems are REALLY finely chopped. If you prefer, you can remove the stems altogether (you can then save them in your freezer to use in making homemade stock).

**My Mom would sometimes substitute 2 lemons, or use a lemon and a lime. I like to add some of the lime zest to my mojo, reserve a little more zest (and parsley) to use as a garnish on the served pork chops, and save the rest of the zest in my freezer for other uses.

To make the mojo: Heat the olive oil in a small saucepan over medium heat. Add the onion & garlic and cook just below a simmer, stirring occasionally, until they're fragrant but not golden (it's ok for the onion to become translucent). Remove from heat and let cool for just a few minutes. Stir in the remaining ingredients and set aside until ready to use.

For the pork chops: Season the pork chops on both sides with oregano, salt & pepper. Place the chops and all remaining ingredients except oil/fat in a shallow container with a lid. Pour mojo over the chops (you can reserve a little bit to serve at the table), cover and refrigerate for 1 hour, turning the chops after 30 minutes to ensure even marinating. 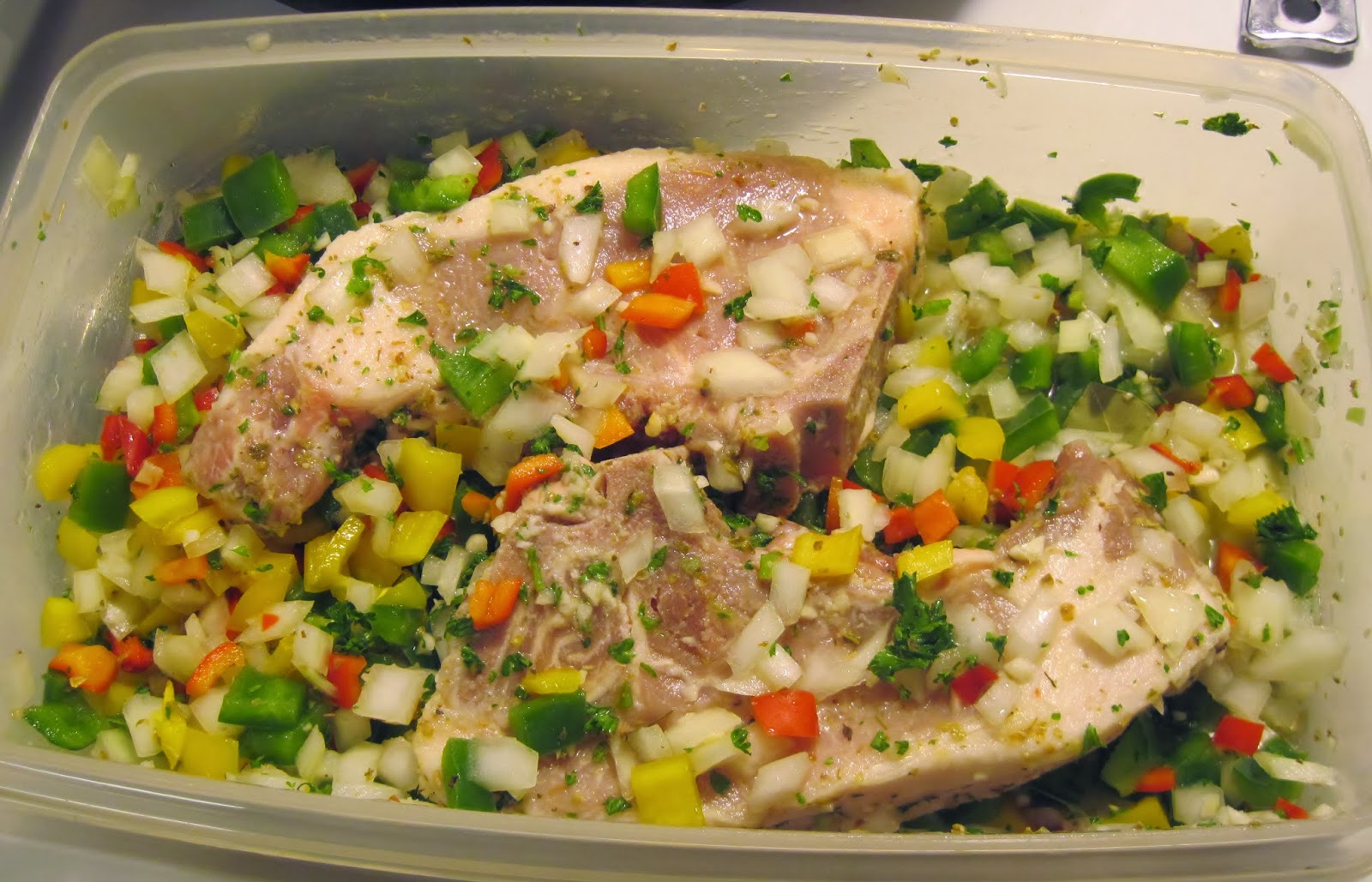 After the chops have marinated, preheat oven to 350°F. Heat the oil or fat in a large, heavy-bottomed oven-safe skillet (cast iron is perfect for this) over medium-high heat until good and hot but not smoking. Remove chops from marinade and carefully place in pan to sear for 1-2 minutes per side (the chops are ready to flip when they move easily in the pan, usually soon after 1 minute of undisturbed searing). Note: I use my cast iron skillet and heat it empty over high heat until very hot, then add the oil/fat to quickly coat the surface and as soon as the oil/fat is hot (which happens very quickly using this method) I place the pork chops in the pan (they will sizzle and might spatter a bit, so be careful). This method ensures a very nice sear. 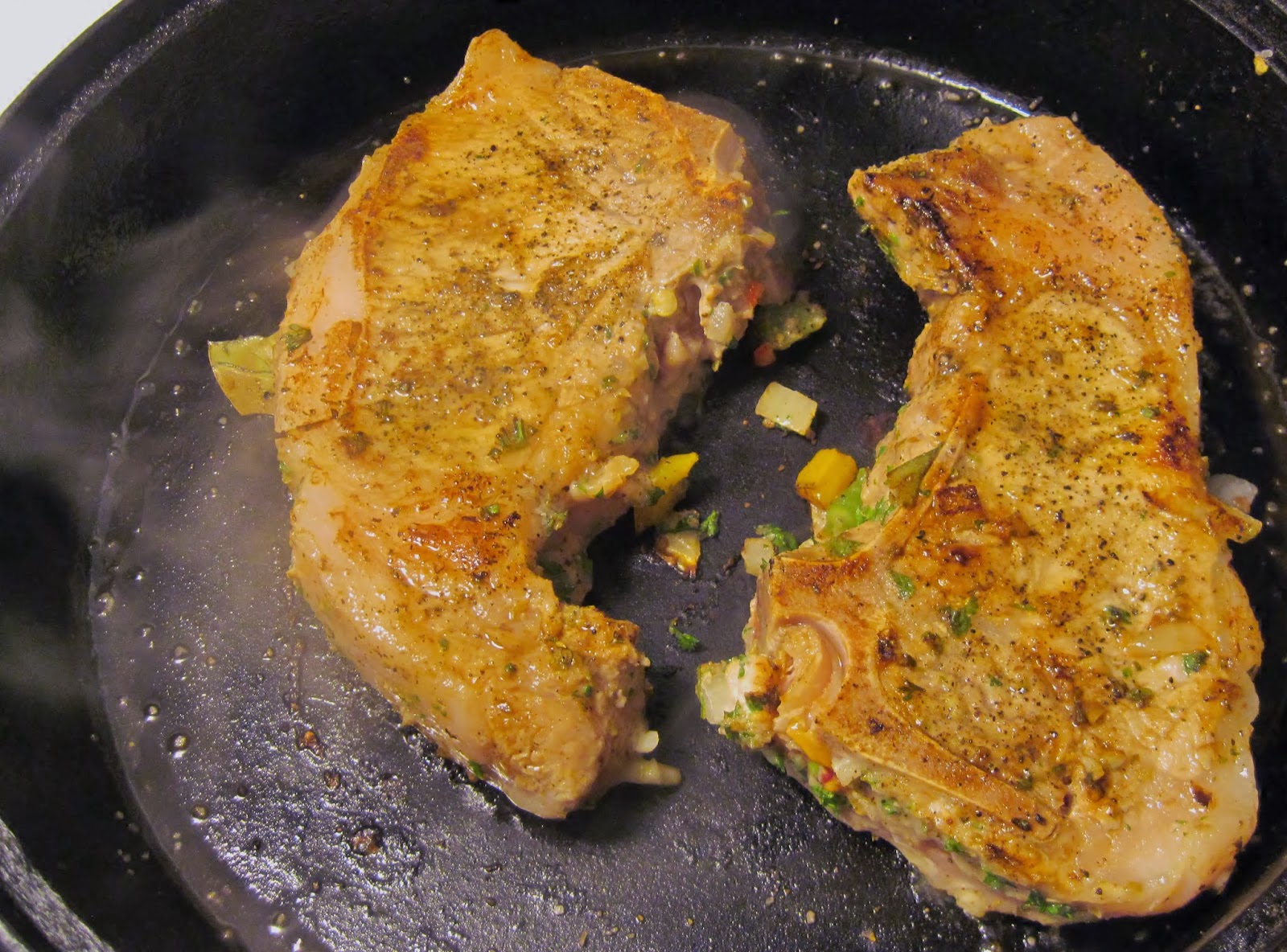 Remove pork chops from skillet and set aside. Allow skillet to cool down a bit if very hot, and reduce stovetop heat to medium. Return skillet to stove, pour in the marinade and peppers etc., and cook until the vegetables begin to soften. 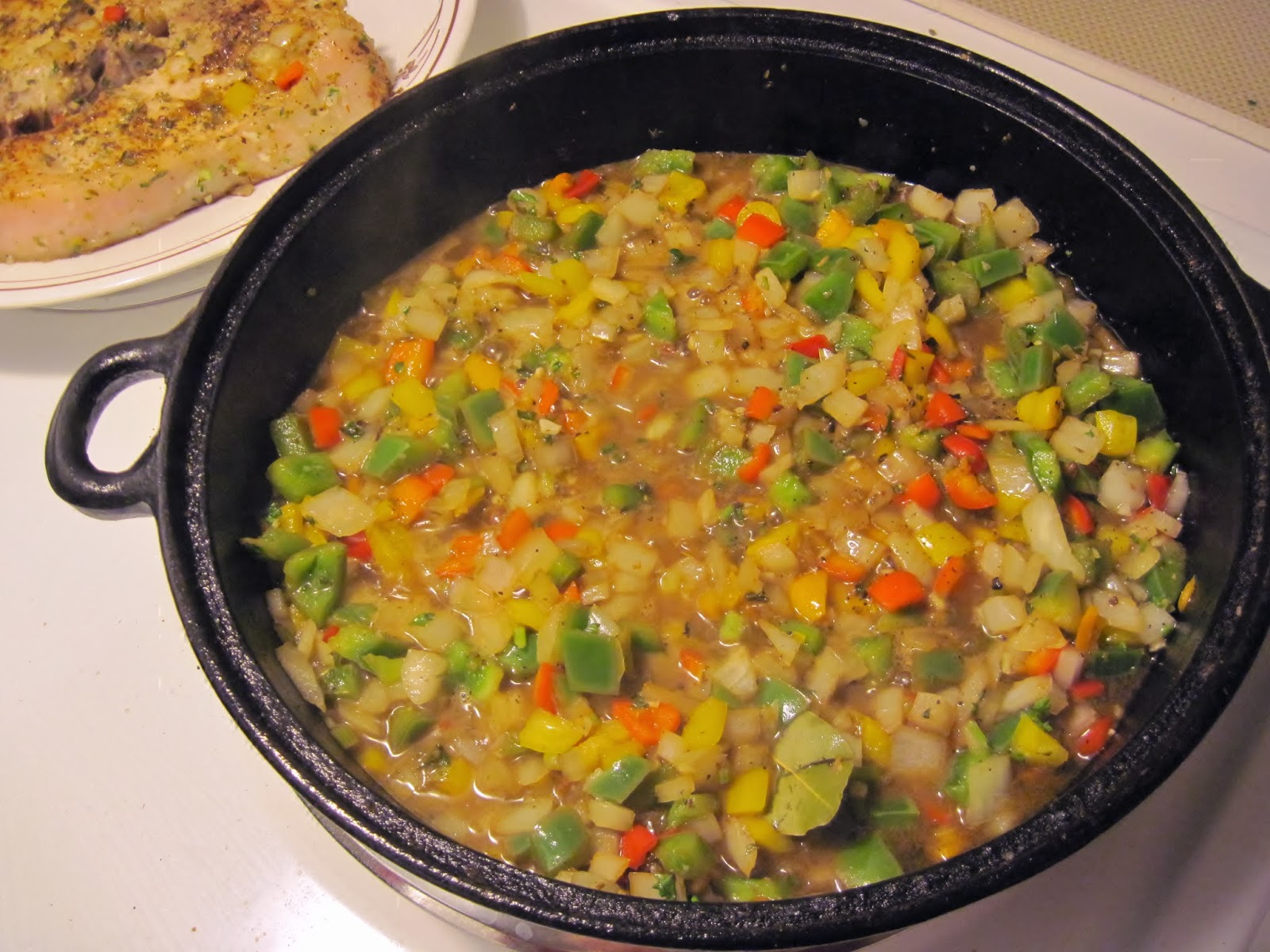 Return pork chops to skillet and place skillet in oven to roast until done, about 20 minutes.

Remove from oven, remove & discard the bay leaf, and serve the pork chops drizzled with a little bit of the mojo that was NOT used for marinating, and/or garnish with parsley and lime zest.