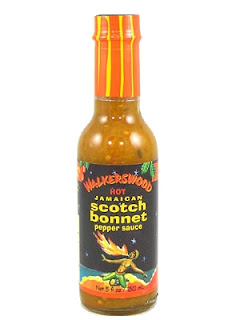 A couple of products made it onto our list of best-selling sauces at Carolina Sauce Company for the first time in April, including a Mexican hot sauce that's relatively new to the Carolina Sauces online store. And as has been the case since Christmas, our best-sellers list continues to be dominated by popular Caribbean hot sauces, with only a couple of barbecue sauces -- but we suspect this trend will change as the weather gets warmer and major grilling weekends approach beginning with Memorial Day weekend at the end of the month. Plus, May is National BBQ Month, after all.

Here's the current list of the Top Ten Best-Selling Hot Sauces & Barbecue Sauces at Carolina Sauce for the month of April:

1.  Walkerswood Scotch Bonnet Pepper Sauce: Making a triumphant return to the best-sellers list, this honest scotch bonnet hot sauce from Jamaica delivers the unadulterated fire and distinctive flavor of the scotch bonnet pepper, a relative of the habanero pepper. Walkerswood Scotch Bonnet Hot Sauce is a great choice for anyone who enjoys this fiery pepper and wants to add heat to a savory dish without interfering with the flavors of other ingredients.

2.  Wells Hog Heaven Barbecue Sauce:  March's top seller finished in second place last month, continuing its reign as our best-selling BBQ sauce of all time. Wells is a traditional vinegar-based barbecue sauce from eastern North Carolina, without any tomatoes or thickeners. If you want to enjoy the tangy flavor of genuine eastern NC pulled pork at home, this is the sauce you need. 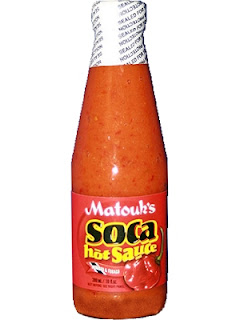 3.  Matouk's Calypso Hot Sauce: Down one spot, Matouk's Calypso from Trinidad & Tobago is a favorite of anyone who prefers thicker, more richly flavorful Caribbean hot sauces. The zesty mustard base is enhanced with local spices and plenty of aged scotch bonnets for a sauce that scores high on the heat scale and flavor scale.

4.  Matouk's Soca Hot Sauce:  As best as I can recall, this is the first time Matouk's Soca has broken into the top 10. At least as fiery (if not more so) than all the other Matouk's flavors except for the Flambeau, this savory, deep-red hot sauce has the same rich texture that's common to all Matouk's sauces and is excellent with grilled or roasted meats and poultry.

5.  Matouk's West Indian Hot Sauce: Papaya fruit adds a lusciously exotic sweetness to the famous mustard-scotch bonnet base in this tropical treat from Matouk's. Delightfully devilish, it delivers bright West Indian flavor to any food, and is especially good with fish and other seafood as well as chicken. 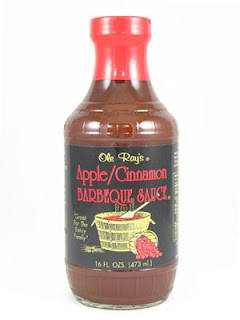 7.  Matouk's Salsa Picante Hot Sauce:  Similar to Matouk's Soca in fiery heat and savory flavor, Matouk's Salsa Picante is made with orange scotch bonnets rather than the aged red chilies in the Soca sauce. Whether you use it at the table or in your favorite recipes, it's perfect for red beans & rice, stews, roasted or broiled entrees, and other hearty fare.

8.  Matouk's Flambeau Hot Sauce:  This is by far the hottest of the original sauces in the Matouk's family, and should be used with caution unless you're an experienced fiery-foods fanatic. The most remarkable thing about Matouk's Flambeau is that it gets its powerful heat the old-fashioned way, from pepper mash made with select aged chilies instead of relying on extracts or capsaicin oil. Best suited for the heartiest, most robust dishes, it's one of the best-tasting and most satisfying super-hot sauces. 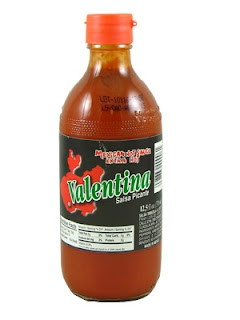 9.  Walkerswood Traditional Jerk Seasoning:  Probably Jamaica's most famous (or at least most popular) jerk condiment, this hot and spicy jerk seasoning paste or wet rub delivers genuine Jamaican jerk flavor to meats, poultry, vegetables and seafood. Simply apply liberally as a rub and refrigerate for a few hours or overnight if using meat or poultry, or for no more than an hour with seafood or vegetables. You can also mix it with vinegar and oil to make a marinade.

10.  Valentina Extra Hot Sauce:  One of the more recent additions to the Carolina Sauces website, Valentina is a genuine Mexican hot sauce that is perfect for Cinco de Mayo or any other time you want to add real Mexican heat to tacos, burritos, nachos, enchiladas, quesadillas, chimichangas, chili, and even pizza or burgers. This is the first time either flavor of Valentina hot sauce has made it into our top ten, but I suspect it won't be the last.