You probably already know that the Carolina Sauce Company offers a huge selection of hot sauces, barbecue sauces, condiments and other zesty seasonings -- but did you know that we also offer a wide variety of meats and cheeses? We've partnered with specially selected producers, distributors and importers of country ham, bacon, specialty meats and even exotic & game meats plus fine cheeses from the US and around the world. Below are the top five best-selling meats and cheeses for 2012 at the Carolina Sauce Company:

1. North Carolina produces some of the best country ham in the nation, so it should come as no surprise that NC country ham was top-selling meat last year. We are proud to offer award-winning, traditionally cured country ham from Johnston County Hams in Smithfield, NC, renowned for its rich and complex depth of flavor and buttery texture. From whole hams to sliced, bone-in or boneless, cooked or uncooked, and even rare Mangalitsa ham, they have something for every taste and budget. 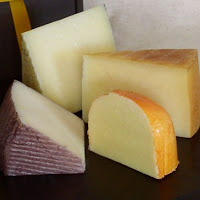 3. For years Spanish cheese remained in the shadow of better-known cheeses from France, Italy and England. But recently, people have begun discovering the wonderful flavors and textures of cheeses from Spain. Last year, our Spanish Cheese Assortment was the third most popular meat or cheese product (and the #1 best-selling cheese) at Carolina Sauce. This gift set comes with a half-pound portion of each of the following classic cheeses from Spain: Manchego, Mahon, Idiazabal and Murcia al Vino.

4. Bacon Bundles & sampler packs were a very popular gift last year, no doubt making many a baconista very happy. From themed bacon bundles and gourmet sample packs to gift boxes that also contain bacon apparel and bacon novelties, and even "bacon of the month" clubs, you can find a bacon gift for virtually any occasion and holiday. 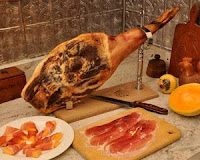 5. Curemaster's Reserve Ham from Johnston County Hams has won national and international accolades for its incomparable flavor and texture. Ham connoisseurs familiar with Iberian ham and other fine pork delicacies will appreciate the deeply nuanced flavors in this gourmet smoked ham from North Carolina. It's the perfect special-occasion ham for celebrations, elegant parties and fine dining experiences at home.