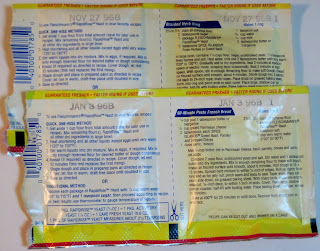 Back in November, I decided to play "mad scientist" (or insane baker) and used 17-year-old yeast (yes, yeast almost old enough to vote) to bake bread. Much to my surprise, delight and relief, the Great Yeast Revival Experiment proved successful and delicious. Because that experiment used only some of the relatively ancient yeast I had found lurking in the back of a kitchen cabinet (specifically the Jan '96 vintage), I dubbed it "Part I" and planned to conduct the experiment again using the last of the old yeast, dated Nov '96. What follows is Part II of the Great Yeast Revival Experiment.

Because the second batch of teenaged yeast was almost a full year younger than the first batch, I was cautiously optimistic that it would be no less active than that used in the original experiment. Another reason for my optimism is that, unlike for the first experiment, this time I had enough time to conduct the entire experiment in one day rather than "holding" the proofed yeast in the refrigerator overnight until I had time to bake the following morning.

As with the first experiment, I began by proofing the yeast per the advice of Jenni Field, aka Pastry Chef Online, who is not only a font of knowledge but also one of the funniest and all-around nicest and most helpful people I've had the pleasure of meeting via Facebook (check out her FB page and tell her Gloria from Carolina Sauce sent you). And no, I don't get paid to say that.

Below is what the yeast looked like immediately after stirring into the warm water (I explain how to proof yeast in the original Yeast Revival Experiment post). 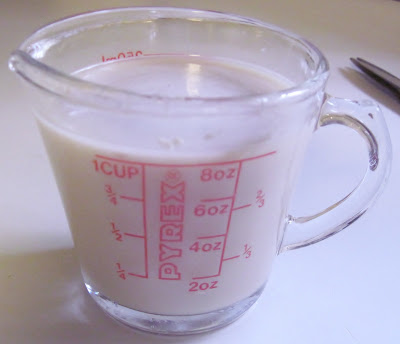 After 10 minutes I was disappointed to see that only a little bit of foam had formed, suggesting that this yeast had not aged nearly as well as the older Jan '96 yeast: 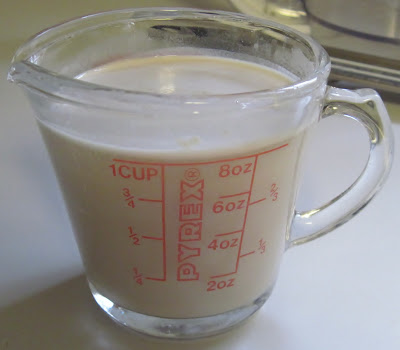 After an additional 10 minutes, the yeast still wasn't frothing as much as I had expected and hoped, causing me to wonder whether I should give up on it as near-dead and abort this experiment now rather than taking a chance and ending up with brick-hard, unrisen loaves of bread: 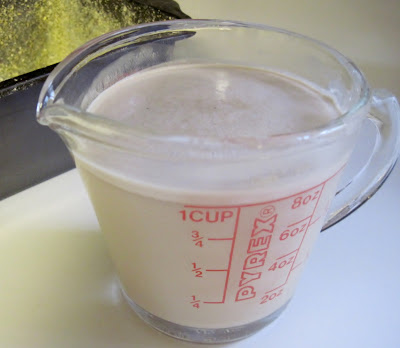 Against my better judgment, I decided to proceed with the bread recipe despite all indications that this old, tired yeast was barely active and clinging to life by the slenderest of threads. Because I had proofed 2 packets of yeast, I used my full recipe for Easy English Muffin Bread, which produces two loaves.  As usual, I substituted 1 cup of oat flour for 1 cup of bread flour. Having already used 1 Tablespoon of sugar with 1 cup of warm water to proof the yeast and figuring that a little extra food for the poor elderly yeasties wouldn't hurt, I added 1 teaspoon of sugar to the dry ingredients. To account for the cup of water used in proofing, I reduced the amount of warm milk in the bread recipe to 1 1/2 cups and did not add any other liquid. I then proceeded with the recipe, formed my 2 loaves of bread, covered and placed them in my oven with the oven light on for warmth, and prayed that they would rise. 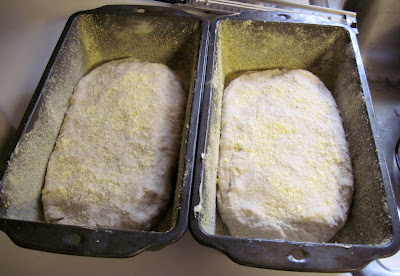 After 1 hour of rising time, the loaves hadn't risen very much at all -- in fact, after 2 hours the change in size was alarmingly slight. I decided to give them a final hour of rising, and here is how they looked after those 3 hours: 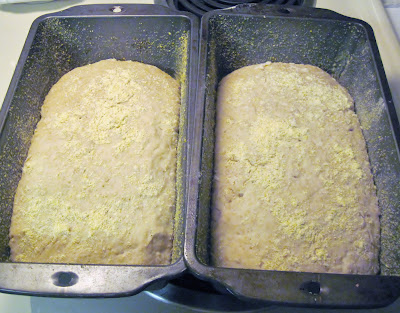 As you can see by comparing the two photos above, the bread had NOT doubled in size despite being given 3 hours to rise.  At this point I was fairly certain that my experiment would be an inedible failure, but having come this far I had nothing to lose by baking the loaves. And so I did. Here's how they looked fresh from the oven: 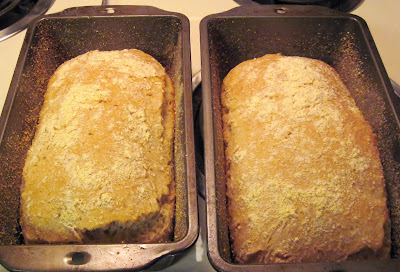 I removed the undersized loaves from their pans and allowed them to cool on racks for a few minutes. To my astonishment, when I cut into the cooled bread it was soft, albeit a bit dense. 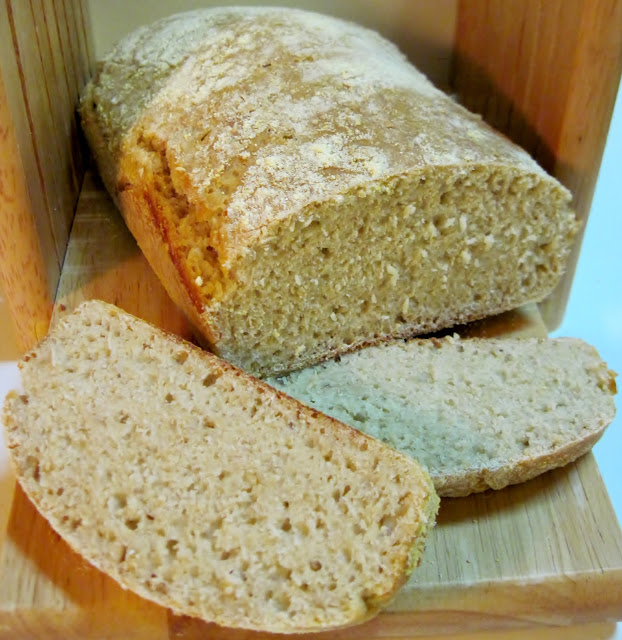 The flavor and texture were perfectly acceptable, too. Although the bread was firmer than my usual loaves, it was nowhere near solid or brick-like. In fact, the somewhat denser, firmer texture and finer crumb made it particularly good for sandwiches. I guess I got lucky, because this was by far the least active yeast I have ever used in baking.

What's the oldest ingredient or food that you've found in your pantry or fridge, and dared to eat? Please share your story in a comment below!