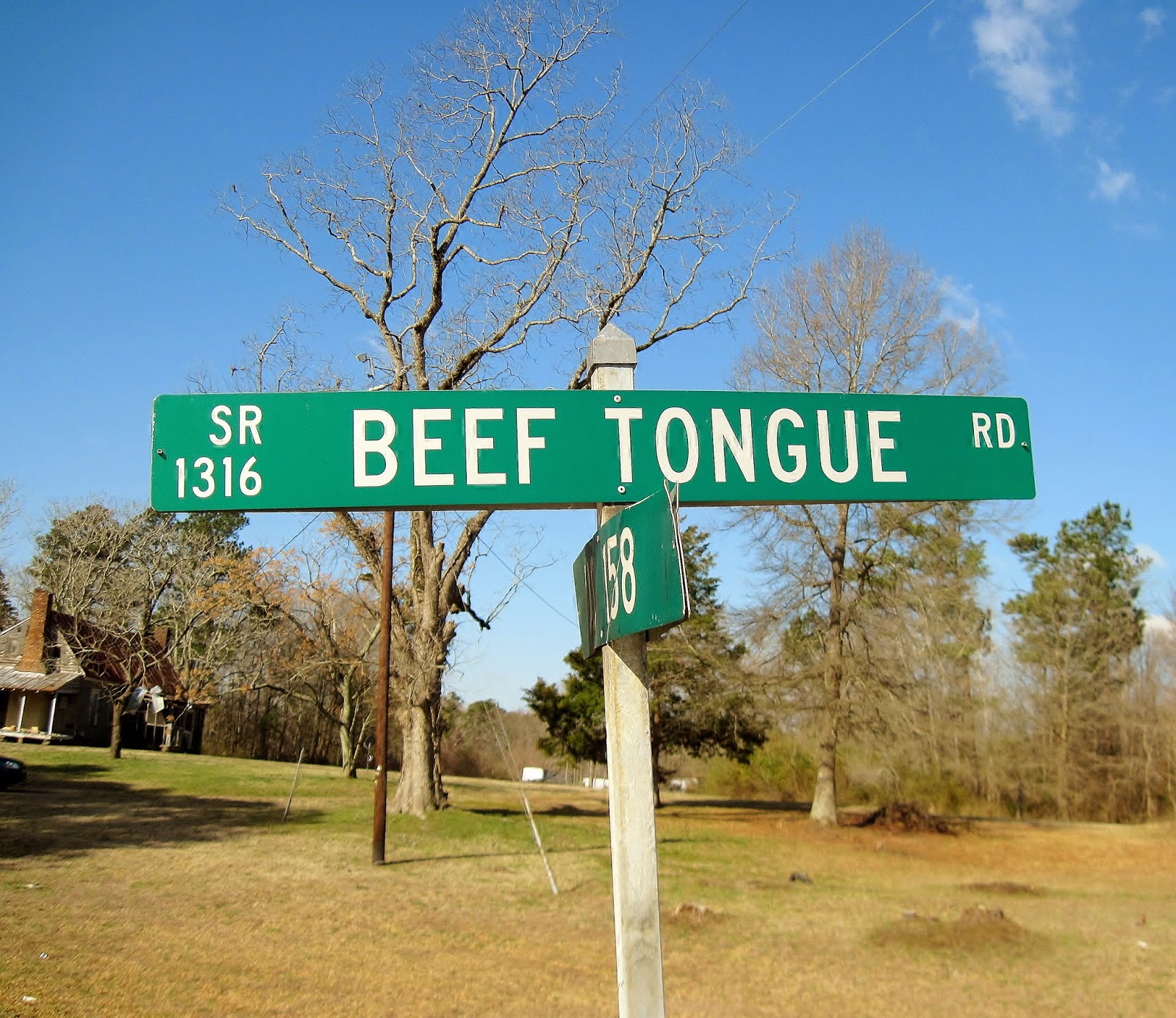 Happiness is seeing horseshoe tracks instead of graffiti on my morning run.

A bracing winter wind whipping through my hair as a front moves in can have a powerfully mind-clearing, soul-cleansing effect.

The locals no longer look baffled by the almost-daily appearance of a (presumably crazy) woman running down the road while muttering to herself.

I'd love to sit down with an old-timer from these parts to hear the stories behind Preacher Joe Road, Doc Thompson Road, and my favorite, Beef Tongue Road.

A previously mundane, mindlessly simple household task, i.e., doing the laundry, can suddenly turn into an epic saga spanning 3 towns, almost 100 miles, a possible death threat and over 2 hours of driving (stay tuned for Adventures in Laundromat-Land in a future post). If anyone knows of any useful ecological purpose served by chiggers, or any reason why they should not be eradicated from the face of the planet, kindly please enlighten me.

To my surprise, living full-time in the RV-Que (aka The Silver Sausage) is proving to be far more relaxing and enjoyable than merely vacationing in it, because I don't resent having to spend time on work and I don't feel guilty when I'm not working.

I have an uncanny knack for always sitting downwind of a campfire. Too bad that's not a marketable skill.

After spending over 3 weeks in an RV with cats that are allowed to roam free outdoors during daylight, I am confident that my cats really are smarter than your honor student. 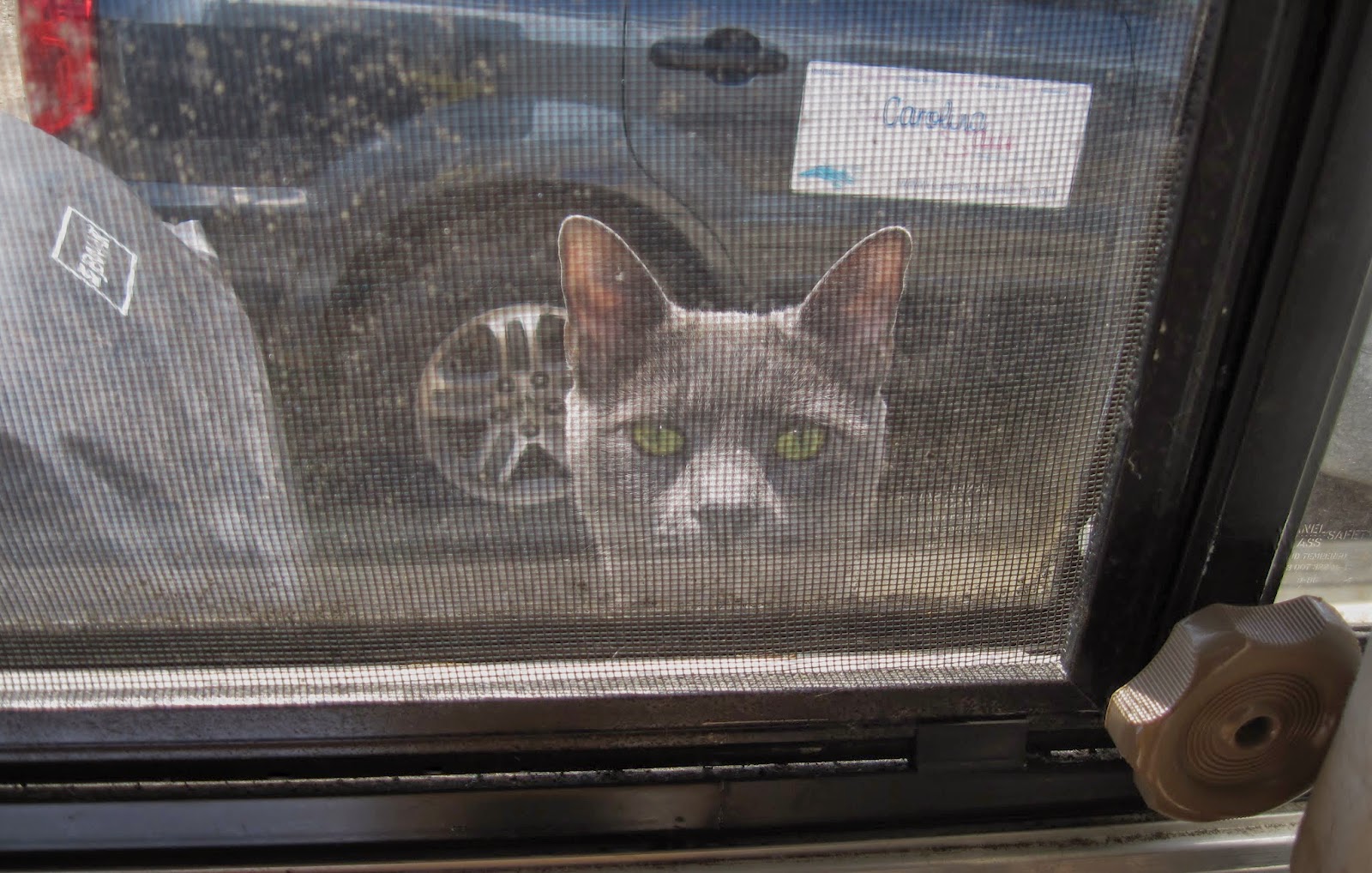 Remington appeared at the RV door carrying a vole in his mouth and was quite perturbed when I refused to permit him to enter with it. After I explained my lack of recipes or sauces for vole, he deposited said rodent carcass next to our grill and trotted off to find Greg. If any readers happen to have a recipe for vole barbecue, please post in a comment below.

I didn't realize just how much of a "regular" I had become at the Sheetz station in Henderson until the night I was standing in a long line to pay for my M-T-O peppermint mocha and the employee who made it came from her station to hand it to me without first calling out my order number or waiting until I had paid. 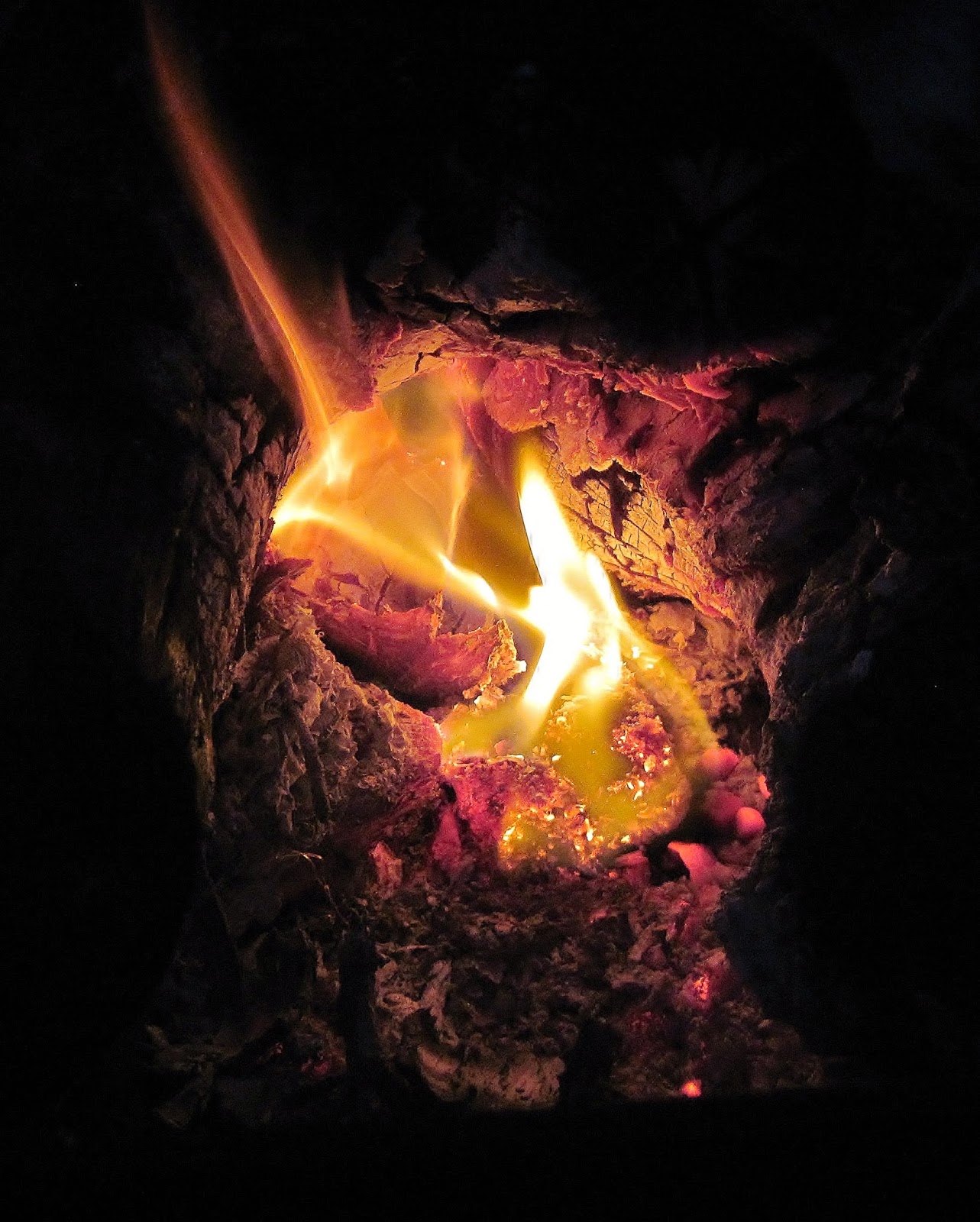 I'm getting used to my new GPS, which Greg kindly programmed with the addresses I need but for which he wickedly selected the not-quite-authentic southern female voice. If "Clarabelle" says "bless your heart" the next time I deviate from her suggested route, I swear she'll find herself pitched out my car window.

My new cell phone has great reception at and around camp, can take pictures, and possesses a comfortingly mediocre intelligence (I'm avoiding owning a "smart" phone for as long as possible). Unfortunately, its memory is now full of unintentional, inadvertently-taken photographs of my thumbs and my feet. Perhaps it's time I read the manual....

Some people can stare for hours at a fish tank watching the fish swim. I'm captivated by the hypnotic dance of lively flames and glowing coals within a womb of blazing logs.

On clear nights, no matter how cold the temperature or how late the hour I'm arriving back at camp, I cannot help but spend a few minutes gazing upwards in breathless wonder at the countless multitude of stars shimmering against the infinite blackness of the sky. #LivingTheDream.