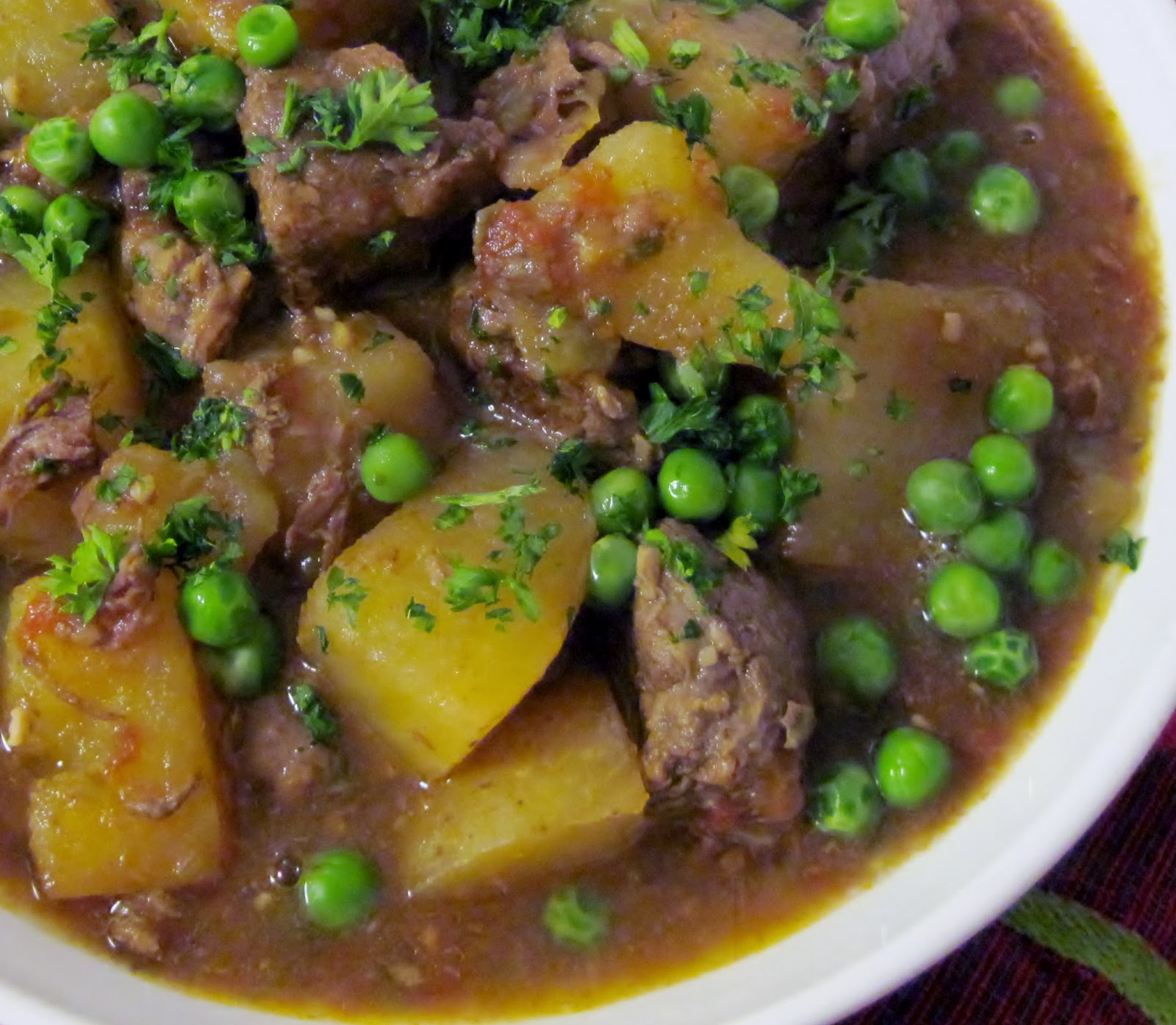 I grew up enjoying this kind of stew, called Carne con Papas in Spanish, lovingly cooked by my Cuban mother on the stove. I've adapted her traditional recipe to come up with a version for the crock pot or slow cooker. My crock pot Cuban beef stew has become one of my husband's favorite cold-weather suppers, and it's also received glowing praise (and requests for seconds & leftovers) from friends who have joined us for dinner.

I hope you and your family will give this a try, as well as the variation which uses Calabaza (West Indian pumpkin, similar to hubbard squash) and hot peppers for a slightly spicier but not too hot stew.  You can make the calabaza version without the hot peppers & spices if you prefer, using bell pepper and ground black pepper as in the original recipe.

I'm currently mulling over yet another variation for this recipe, using smoked paprika and a little bit of chipotle powder or chipotle paste, or possibly some dried chilies in place of the regular paprika and fresh peppers. If you try your hand at a version of this beef stew with those smoky ingredients, please do leave a comment below to let us know how it turned out. 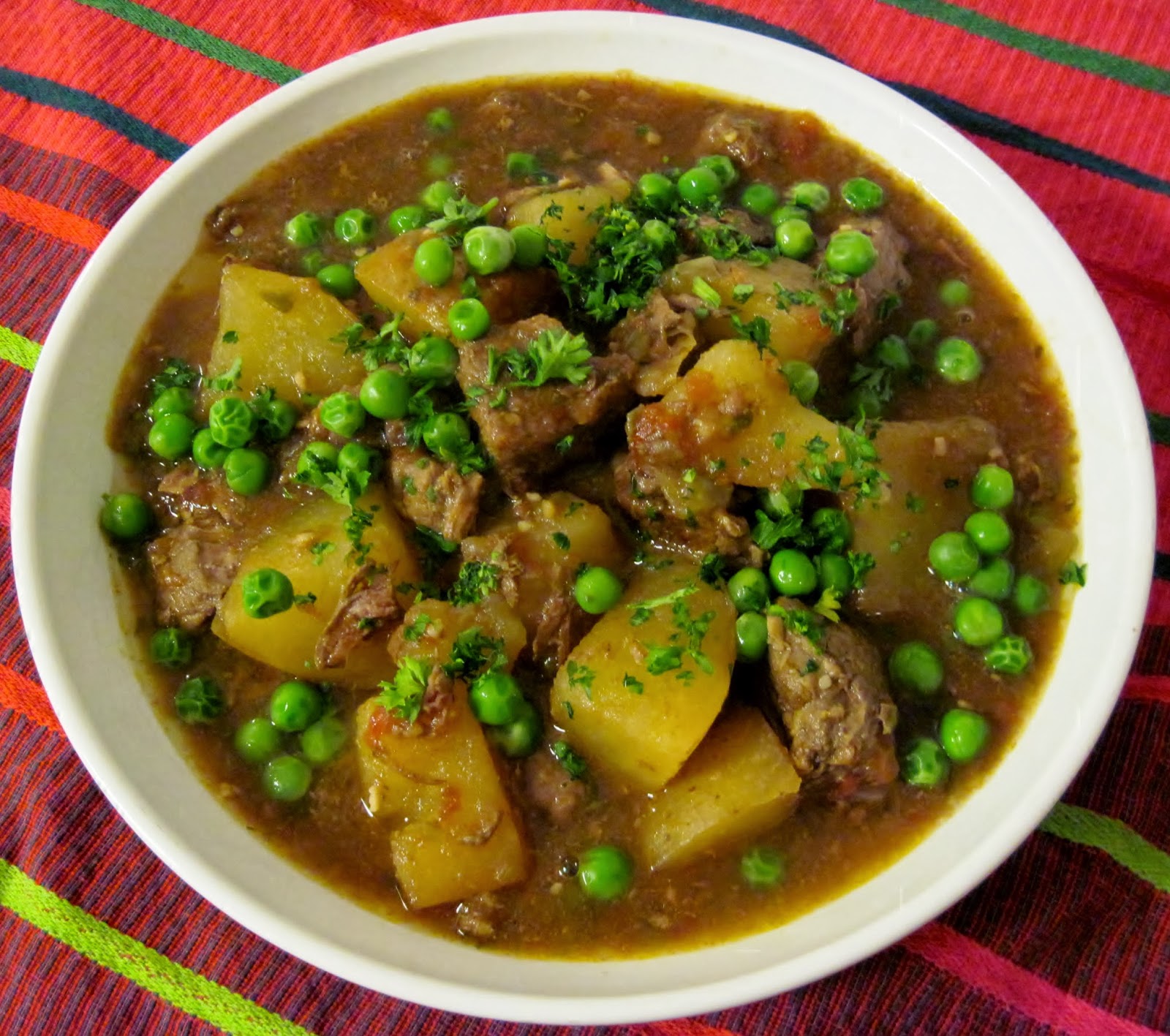 *I've also used venison, with just as good results. The meat should be cut into approx. 1" to 1 1/2" cubes. To save time, I usually don't brown the meat before adding to the crock pot, but you can certainly do so in the same pan you sauteed the vegetables.

**Please don't use "cooking sherry." If it's not good enough to drink, you shouldn't cook with it. You'll get much better flavor in recipes if you use even a low-end dry sherry instead of the swill that's passed off as "cooking sherry."

Add meat and sauteed vegetables to crock pot, followed by the paprika, salt, ground pepper, tomatoes, sherry and water or stock. Gently stir if needed, then turn crock pot to High and cook until meat & potatoes are tender, about 5 to 6 hours, stirring only once or twice at most (I generally wait until the stew has cooked on High for at least 3 hours before stirring). When you have about 30 minutes to an hour of cooking time left, stir in the capers, parsley and peas (except the portions reserved for garnishing), then cover and continue to cook until done. Note: You can also cook this on Low simply by doubling the cooking time but still adding the final 3 ingredients towards the very end. Serve in bowls and top with a little chopped parsley and a sprinkling of peas. Makes about 8 hearty servings, and tastes even better when reheated the next day (store leftovers in refrigerator). This stew also freezes well. 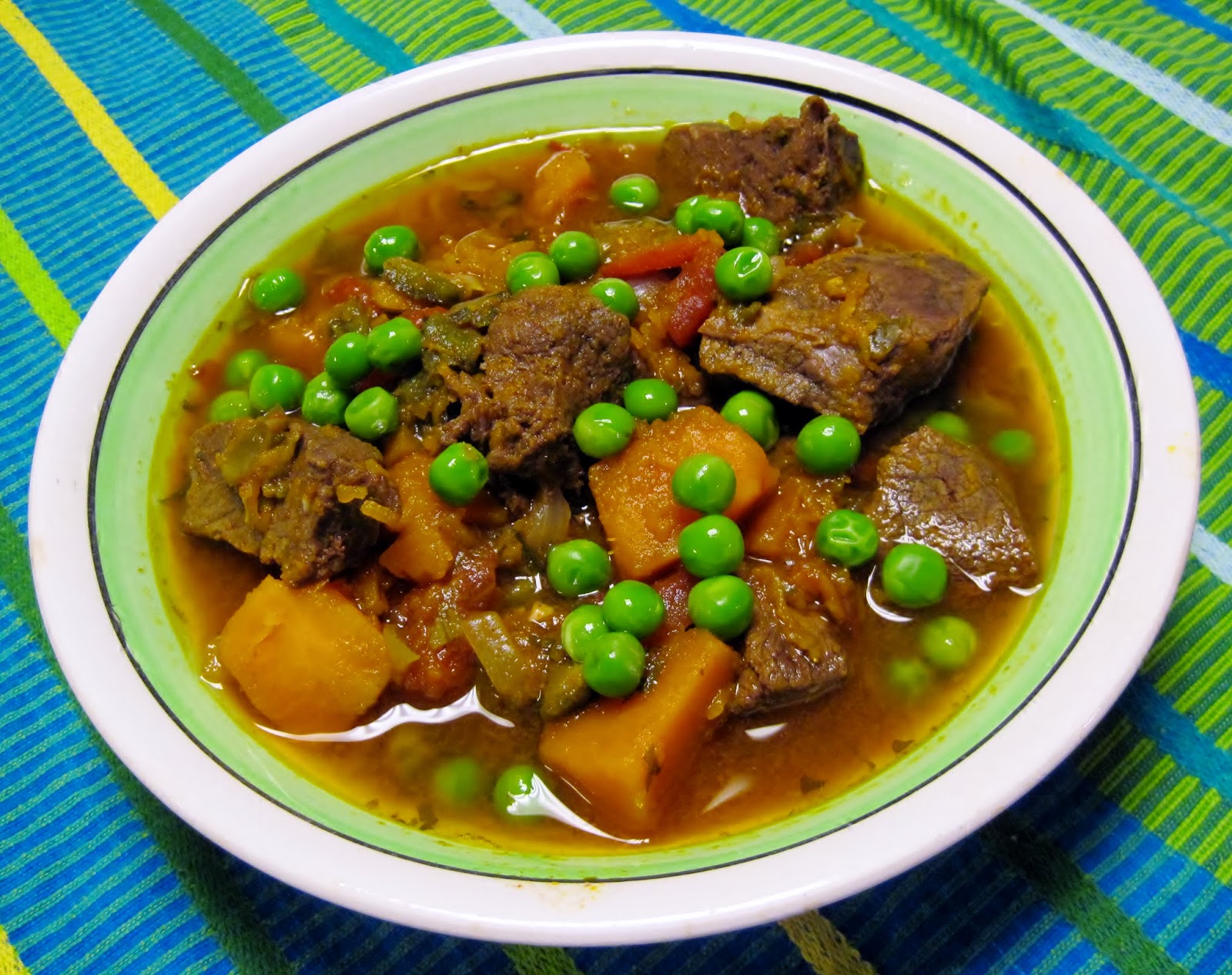 Using calabaza or Hubbard squash instead of potatoes adds a subtle, mellow sweetness to the stew, and the deep orange hue of the squash adds appealing color. Follow the same cooking instructions as for the original recipe above. Makes the same amount of stew, and also freezes well.